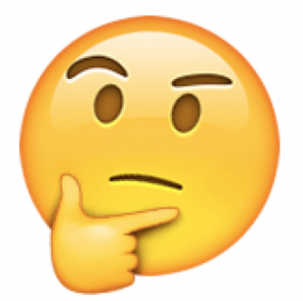 There are several questions I’ve been asked so repeatedly in my life that I can barely stifle my eye-roll when they crop up time and again. In my former career, my favourite had to be “Oh! My cousin’s uncle’s sister’s boyfriend is a policeman in (insert town many miles away). Do you know Steve?”
No. No I don’t.

And that leads me to the subject. If there’s one thing that every human being on the planet has, it’s an opinion. Some people like my books, some people don’t. Some people think £2.80 ($3.48 per today’s exchange rate) is a reasonable price to pay for a mocha-chocca-frothy-thing but baulk at paying the same for a book. Some people don’t like violence, others want more. Some people think the premise of the After It Happened series is laughable; others find it feasible.

Point is, you can’t please everyone. Nor should you try to, as a writer or anything else really. (Customer service advisors: please disregard that last piece of advice) So how, as a writer, do you respond to public negativity?

We’ve all seen those kinds of reviews on Amazon. A few paragraphs of waffle about just how awful this person’s story/writing/grammar is followed by a sarcastic and cutting assessment of how the writer probably lives in their mother’s attic room and condescends to say ‘well done for trying’. Basically, a short report on why they feel they are a superior human being to the writer. I genuinely read one that stated “I could write a better book than this” and then responded rather nastily when someone (someone who doesn’t look at all like me, honest) commented that perhaps they should give it a go instead of writing bad reviews.

Responding to these negative reviews leads to a slippery slope where a writer will dedicate half of their day to internet trolls and never actually do anything other than raise their blood pressure.

So, the second rule of publicly responding to negativity is this: you don’t.

So, my point is this. Why bother letting someone else’s negativity into your life? Constructive criticism and developmental feedback is one thing; it can help people learn but if it’s just negativity, in the immortal words of princess Elsa…