The first in the multi-author, post-apocalyptic blockbuster series.

Cal’s ‘honeymoon’ didn’t start off quite how he’d planned. For starters, he was heading somewhere he didn’t actually want to go. And secondly, he was going alone and unmarried. He had no idea that his first visit to New York City would also land him in the middle of a domestic terror attack, forcing him to flee Manhattan in a desperate bid to survive.

This was no ordinary terror attack.

The Movement, in a misguided attempt to seize political control of the USA, unwittingly invited the destruction of their homeland, and as the bombs start to fall, the shock and loss of life reverberates around the world.

Cal, along with a small group he met in NYC, desperately flees inland away from the targeted coastal cities, but chaos follows them around every corner. 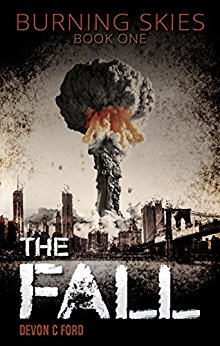